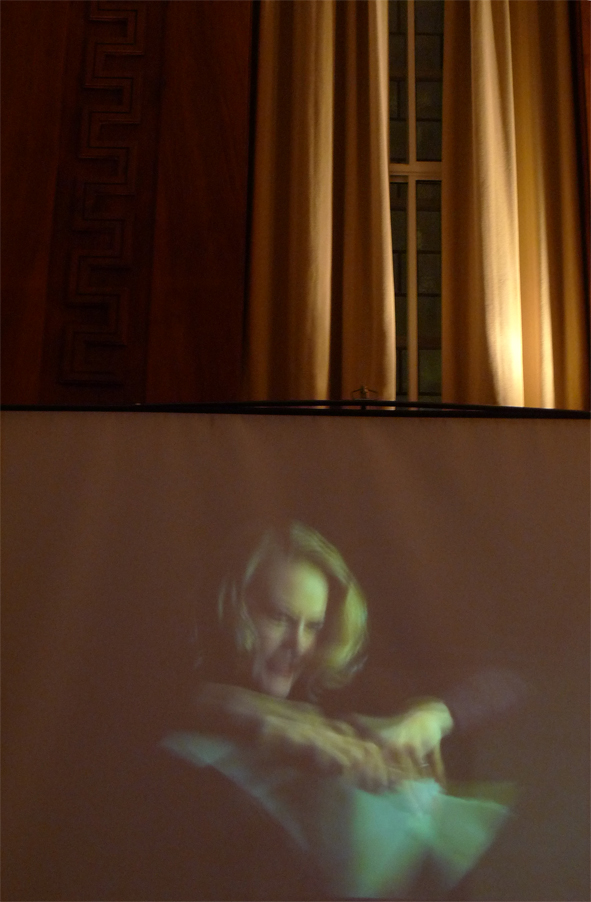 Hosting 3 – Ghost-hunters I
Hostings 3, 4 and 5, within a series called ‘Ghost-hunters’, illustrated the narrative conceits and the persistence of gender and social stereotypes in both paranormal research and the genre of ghost hunting in popular culture.

The GHost hostings are a series of presentations, performances and discussion in which the various roles ghosts play historically and in contemporary culture are addressed, illustrated and discussed in a forum bringing artists, writers, curators, researchers and others together. 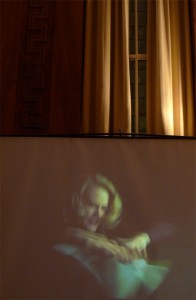 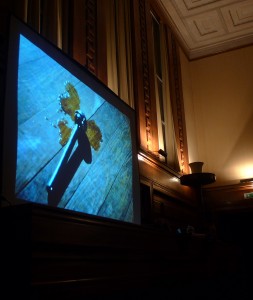 In fiction films ghost hunters are usually portrayed in a standardized way: There is the stereotype of the respectable gentleman in the Brit-Mood-Horrorfilm. Like Dr. John Markway in Robert Wise’s “The Haunting” or Mr. Barrett in John Hough’s “The Legend of Hell House”. The respectable gentleman-ghost hunter has greying hair and is on top of the hierarchy within the team he assembles around him (the psychic-medium, the experienced eye-witness, etc.) … which makes him the love interest of the female participants. There is the clergyman, deeply afflicted by his responsibility, who performs an exorcism, most famously Max von Sydow in William Friedkin’s “The Exorcist”. Then of course, there is the comic ghost hunter: you’ll find him (and his technical gadgetry) in Ivan Reitman’s 1984 classic “Ghost Busters” and its sequels or in family entertainment like “Disney’s Haunted Mansion”.

Female ghost hunters usually choose the mental path and take the role of the psychic medium. They rarely use machines or technical gadgets like the male ghost hunters. Women lure ghosts out of their hidings with their mind, they try to establish communication and offer to be the therapist. Some even offer their voice and body to the ghost, which may take the form of a more or less explicit metaphor for the sexual act.

Ghost hunting is an archaic profession, so – not surprisingly – gender roles are firmly cemented. Still: the classical male ghost hunter is usually far less interesting than his female counterpart. While he is in for ratio and eventually knows less than he thinks, she always seems to know a little bit more than what she chooses to tell the audience. 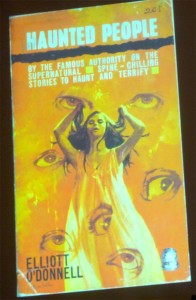 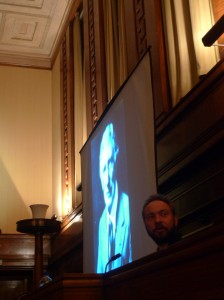 “And now, as I stared in wonder –and, I admit, not a little fear – I saw something rise from the floor and advance towards me.”

Elliott O’Donnell (1872 – 1965) was an Irish ghost hunter and writer who couldn’t have a drink in his club, sit on a park bench or stay in a boarding house without someone telling him their encounter with a ghost or seeing something spectral himself. His mother was psychic, he saw his first ghost, with “yellowish green and sphinx-like” eyes at the age of 5, he was throttled unconscious by a dangerous spirit in Bristol and his father’s death was heralded by the family banshee. He wrote many books based on these encounters that tell wild tales of almost medieval ghosts and spirits, all with spare but well round narratives attached to them.

Scott Wood, of the South East London Folklore Society and Fortean London column, picks out and discusses some of O’Donnell’s stories, compares them to our meagre contemporary ghosts stories and tries to find out who Elliott O’Donnell was through his stories, ghosts, opinions on Celtic identity and his eagerness to prove his own membership of the O’Donnell clan.

Rob Gallagher, “Press X to Enter”: Videogame Ghost Hunts and the Horror of the Object 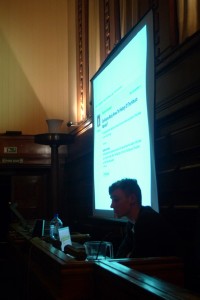 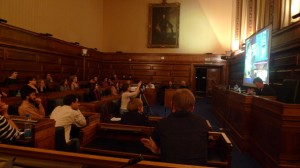 Rob will discuss the Fatal Frame, Silent Hill and Forbidden Siren videogame series, all of which allow players to go hunt ghosts from the (dis)comfort of their own settees.

While the games remediate various tropes from gothic literature and horror cinema, their plots – and their marketing campaigns – have also drawn heavily on the culture of contemporary ghost hunting and paranormal investigation: the Siren games were promoted via a series of hoax websites and blogs purportedly maintained by in-game characters, while Fatal Frame was marketed in America as ‘based on a true story’ – a claim that catalysed widespread online debate as to the location of the game’s (fictional) setting.

These electronically-orchestrated misinformation campaigns hint at a dominant theme in the titles, which are profoundly preoccupied with the capacity of technology to unearth and make sense of the past. While all the games stage dramatic confrontations with spectral, undead or demonic antagonists, the horror they generate turns out to have much more to do with the ghostliness of electronic media and the intractability of material objects; players spend as much time fiddling with cameras, radios and telephones, collecting keys, lockets and dolls as they do discharging firearms.

What emerges is a fear of the capacity of objects to look back– both in the sense of indexing the past, and that of seeming, uncannily, to return the player’s gaze. Via a reading of these titles informed by Sartrian phenomenology and the ‘thing theory’ of Bill Brown, Rob hopes to throw light on their presentation of ghost hunting as paradigmatic of modern experience and to suggest how their interactivity furthers this end. He will use footage of play to illustrate his argument.