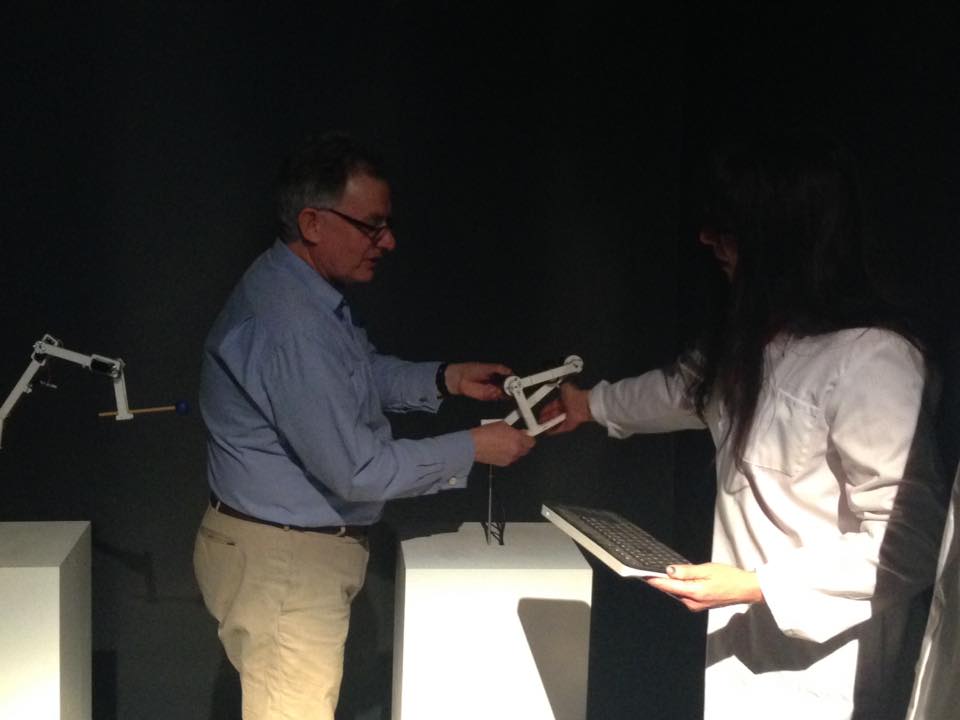 This is the third of three GHost Hostings, convened by Sarah Sparkes, for FACT and Williamson Tunnels Heritage Centre. The GHost Hostings provide a supporting platform on which invited guests can manifest and interrogate the idea of the ghost, and are an integral part of the creative research project GHost. GHost Hostings 17 looks at how ghosts of the body or mind may become a vessel for ghost-making.

In Cuban religious practices nothing happens without the permission of the dead. Native American spirit guides, African ancestor spirits, European Saints and familial ancestors stand at the threshold of all rituals hosted in houses throughout Cuba as if waiting to be invited in. Their blessings and warnings should be heeded. Due to the frequency and DIY nature of these events many Cubans develop an intimate relationship with an array of ‘ghost’ gures in their everyday lives. In his presentation, Christian Weaver will look at the pivotal role of music and dance in realising these relationships, as well as the fundamental idea of ‘belief in spirits’ contained within them.

Christian Weaver is a musician, researcher, and ethnomusicologist. As an initiated drummer he regularly participates in the ceremonies and rituals of a number of the modern Afro- Cuban religious practices. His research focuses on the ow of in uences between the music and dance of these practices and social and secular forms of performance in Cuba.

Christian Weaver is a musician, researcher, and ethnomusicologist. As an initiated drummer he regularly participates in the ceremonies and rituals of a number of the modern Afro- Cuban religious practices. His research focuses on the ow of in uences between the music and dance of these practices and social and secular forms of performance in Cuba.

The Medium is the Messenger Birgitta Hosea

Medium is a site-speci c performance in which the artist takes the role of a techno- medium. Merging her own presence with computer generated imagery, the artist channels messages from lm and radio through multiple digital doubles, and live projections of automatic writing and electronic, ectoplasmic drawing. This presentation will reveal Birgitta Hosea’s background research into the history of photographic manipulation by Victorian spirit photographers and materializing mediums. Photography and lm as haunting will
be examined, as well as the connections between a medium: such as lm or digital code, through which a message is encoded, stored and transmitted; and the psychic medium, a person who transmits messages from the spirit world.

Dr Birgitta Hosea is a media artist and curator whose work explores presence, affect and digital materiality through the elds of expanded animation, performance and experimental drawing. She is Head of Animation at the Royal College of Art, has exhibited widely internationally and has been the recipient of numerous awards and artists’ residencies.

The Psychology of Ghosts and Hauntings Professor Chris French

Opinion polls repeatedly show relatively high levels of belief in ghosts even in modern Western societies. Furthermore, a sizeable minority of the population claim to have personally encountered a ghost. In this talk Chris French will consider a number of factors that may lead people to claim that they have experienced a ghost even though they may not in fact have done so. Topics covered will include hoaxes, sincere misinterpretation of natural phenomena, hallucinatory experiences, inattentional blindness, the fallibility of eyewitness testimony, the possible role of complex electromagnetic elds and infrasound, photographic evidence, electronic voice phenomenon (EVP), and the role of the media.

Professor Chris French is the Head of the Anomalistic Psychology Research Unit in the Psychology Department at Goldsmiths, University of London. He is a Fellow of the British Psychological Society and frequently appears on radio and television casting a sceptical eye over paranormal claims.

This is a free event, but please reserve a seat here :
http://www.fact.co.uk/whats-on/current/ghost-hosting-17-ghosts-in-body-and-mind.aspx