These are FREE events. No tickets required, arrive early to get the best seats and enjoy the accompanying installation artworks and performances before the feature film commences.

The Innocents (Dir: Jack Clayton, 1961, UK/US, Cert 12A, 100 mins) is a classic British supernatural gothic horror film directed and produced by Jack Clayton. Starring Deborah Kerr in a career-best performance the film achieves its effects through lighting, music and direction rather than conventional shocks.
Miss Giddens (Deborah Kerr) applies for a job as a governess. It is to be her first position, but the wealthy bachelor interviewing her (Michael Redgrave) is unconcerned with her lack of experience. He values his freedom to travel and socialise and unabashedly confesses that he has “no room, mentally or emotionally” for his orphaned niece and nephew, who were left in his care as infants and live at his country estate. However, Miss Giddens slowly starts to convince herself that the house, grounds and two children in her care are haunted. The Innocents is based on the Henry James ghost story novella The Turn of the Screw (1898).

Kwaidan (Masaki Kobayashi, 1965, 185 minutes)  features dreamlike ghost tales adapted from Lafcadio Hearn’s collections of Japanese folk stories of the same name. This lavish, widescreen production drew extensively on director Kobayashi’s own training as a student of painting and fine arts. Toru Takemitsu’s innovative score compliments the extraordinary and beautiful visuals. This film is rarely screened – don’t miss it!
The film consists of four separate and unrelated stories. The Black Hair, Hoichi The Earless, In a Cup of Tea and The Woman of The Snow. We encourage you to stay and watch all four stories! 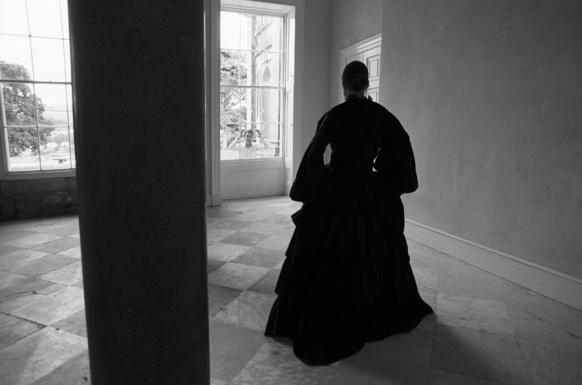 ‘The Turn of the Screw’ is an autobiographical interpretation of Henry James novel. It explores the issue of sexual and social repression of Victorian culture, in relation to childhood innocence through an ambiguous interplay between the existence of ghosts and the hallucinations of a neurotic governess played out by a surrogate self. In this brief extract, the viewer follows in her footsteps, tracing the precise moment when she glimpses the ghost of Peter Quint, who becomes representative of Waterman’s estranged father, peering in through the window, to her futile attempt to confront him outside, only to be faced with a discomforting, empty landscape. The unsettling silence emphasizes the inherent qualities of ghostliness and invisibility that emerge from Waterman’s elusive self-portraits, as the governess tries to understand what is real and what is imagined.
Biography: Sally Waterman employs literary adaptation as a mechanism for self-portraiture, creating photographic and video works that explore memory, place and familial relationships. Drawing upon writers such as T.S Eliot, Henry James and Virginia Woolf, she re-invents the source material through a fragmentary re-scripting exercise, seeking autobiographical associations with certain images, themes, characters or concepts. Waterman received her PhD in Media & Photography at the University of Plymouth in 2011. Recent exhibitions include Ruskin Gallery, Anglia Ruskin University, Cambridge (Solo, 2012), Camberwell Space, London and Künstlerhaus Dortmund, Germany (Group, 2013). Her work is held in public collections including the National Art Library, V&A, London and the Yale Center for British Art, New York. She has lectured at Plymouth College of Art and the University of Plymouth and is currently an associate lecturer at Ravensbourne, London.
www.sallywaterman.com

John Workman, ‘PAINTING THE PAST’ Hand-painted lightboxes of various dimensions 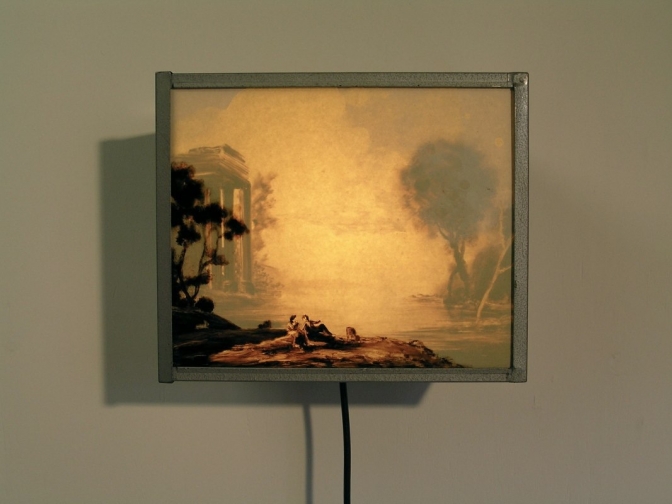 John Workman’s lightbox pieces show a world that has gone. Metal lightboxes, salvaged from disused darkrooms, hold landscapes painted on glass, the light inside glowing through the painted clouds and trees like the dying light in a Claude Lorrain painting. Although the boxes belong to the industrial 20th century, they suggest with their illuminated images an older period, the Victorian era, with its magic lanterns and sentimental nostalgia for the past. The images themselves belong to an even more distant time; they are taken from paintings of the 18th or 17th century, idealised landscapes depicting scenes from a biblical or classical past that was already remote in time, or perhaps never existed.
See more of John’s work on the London Art website 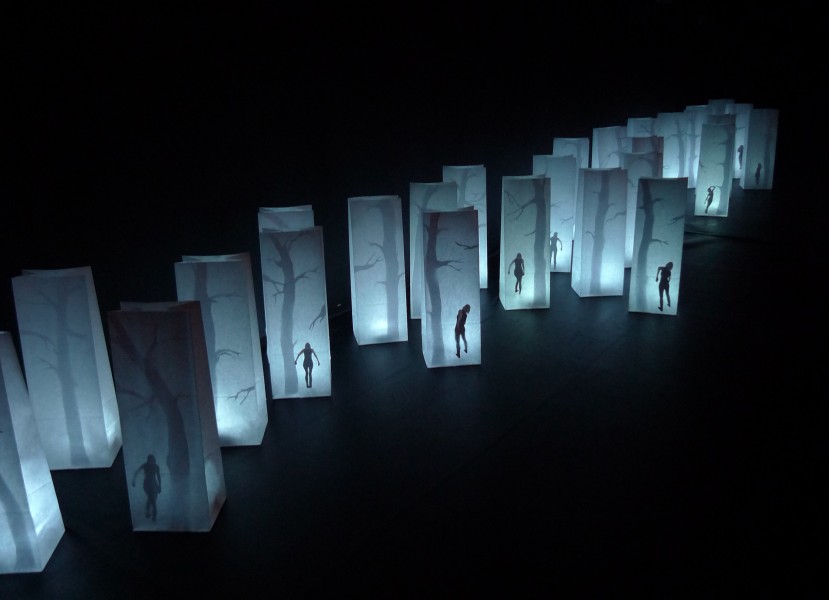 Jennie Fagerstrom brings intimate lanterns to light the loss of way and figures of the non existence to cause erasure of the real. Images referencing the female skogsrå of nordic mythology, seductively luring men to their doom in the lost depth of the forest. Born in Sweden, lives and works in London. Studied Fine Art at Central Saint Martin’s College of Art & Design, London. She uses the body and movement as a means of inspiration and expression to create sequences. Translating her ideas onto the fragile nature of paper, supported by low tech and light. Her work touches on the notion of romanticism and nostalgia. Recent showings and exhibitions- St Leonards Church LCV event March 2013 ” Follow the Lanterns. The Sea and I EP launch with London Contemporary Voices” Stroud SITE Festival 2012 May, group exhibit “Golden is Silence” Studio 23 Netil House London June 2012 Coming soon- Clerkenwell Design Week London May 2013 Performance and installation night Stockholm, Sweden 25 May 2013 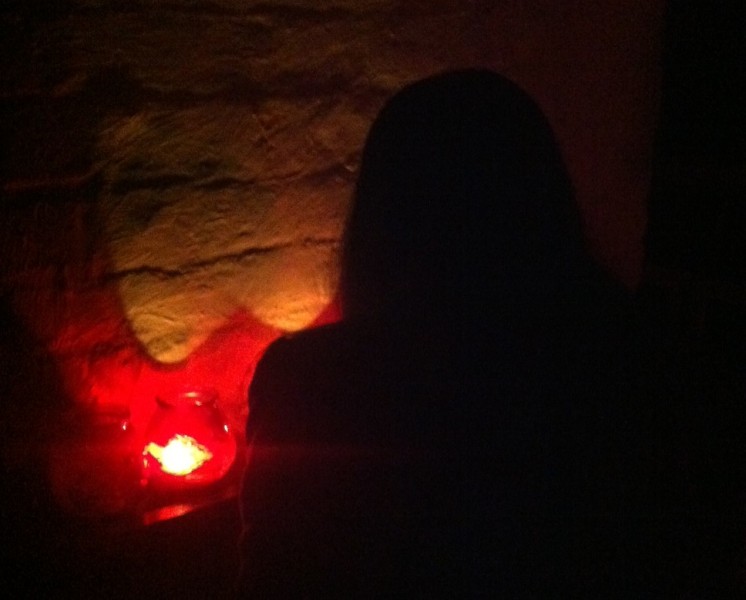 Koizumi Yakumo is the Japanese name of Lafcadio Hearn, the Irish Greek author who living in Japan wrote ‘Kwaidan: Stories and Studies of Strange Things’ (1903) an adaption of Japanese folk stories to which the film ‘Kwaidan’ (1965) is based. This performance by Miyuki Kasahara & Calum F Kerr will, through gesture and sound, be an echo of the tales rendered so strikingly in Masaki Kobayashi‘s film.

Anne Robinson,’Riders’ 2014, 15 mins video loop with sound
All at once a mighty herd they saw, slipping and sliding across the screen and in and out of consciousness…riding on forever through time and space 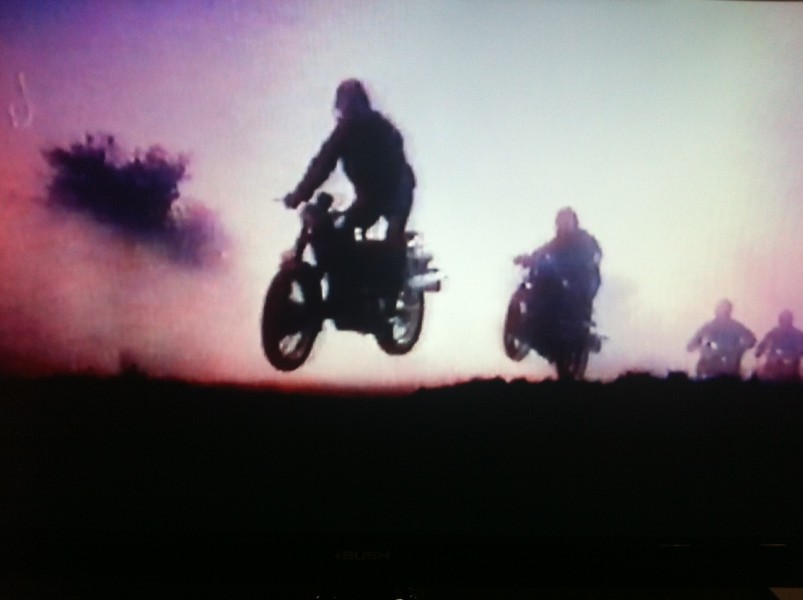 Anne Robinson is a senior lecturer in Film Studies (0.6) and a practicing artist. Her specialist area of research is artists’ film and video, focusing in particular on artists’ experiments with time and duration in moving image work. She is a member of the steering committee for The Facility Centre for Creative Practice as Research at London Met andcurated the event One More Time in October 2011. She has previously curated symposia and screenings including:Time, Flesh and Nerve in 2006 and Slip Frame in 2007.
Anne’s practice encompasses moving image installations, painting and performance and is concerned with the perception and politics of time passing. Her practice-led PhD work explored temporality, film and painting and she is also interested in expanded cinema and surrealism. She has shown work nationally and internationally, including recently working with the Comm(o)nist Gallery on song-films and performance interventions and showing installation works at GHost IV in London.
Anne Robinson will be showing her work at Vital Excess Exhibition 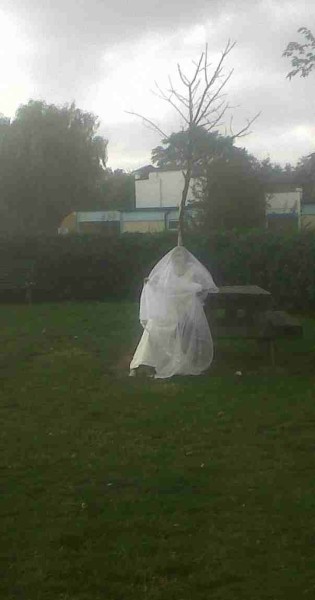 The live art piece “Singing Ghost” explores the context of song lyrics and how the meaning of a song shifts sharply when sung by a ghost. The piece is a medley of covers interwoven with my own ‘song poems’ and ghost sounds that creates a multi layered performance examining notions of love, loss and our contemporary perceptions of the meaning of death. For “Kwaidan” on March 27th The Singing Ghost will have a Japanese twist.A self employed fine artist with a socially engaged practice and a studio space at a South East London primary school, Joanna works across different art forms from oil painting and watercolour to live art and taxidermy. “My focus is on surrealism and naivism, and I strive to evoke an emotionally engaged response in the viewer.”
Joanna has exhibited widely both at home and internationally, with Birmingham’s Ikon Gallery, The Fashion and Textile Museum in London, The Royal Parks at Richmond, The Royal Botanical Gardens at Kew and The National Trust.
She lives in London with her two children. 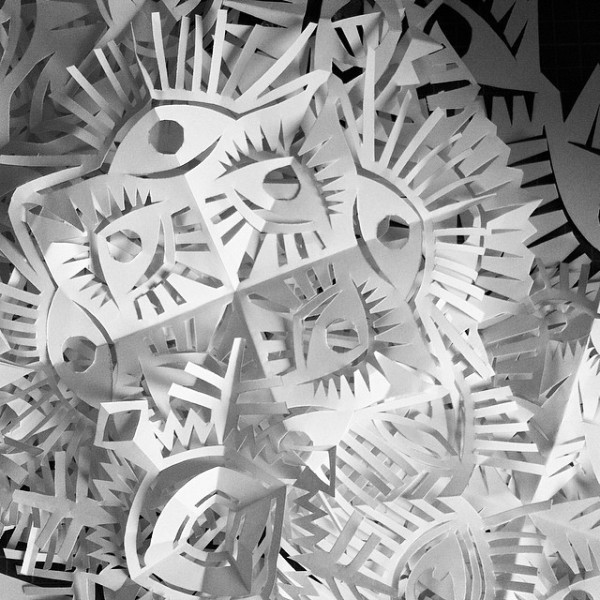 Sarah Doyle’s work for Ghost at Camberwell Film Festival is inspired by the story “The Woman of the Snow” from the film Kwaidan. The story depicts the folkloric character of Yuki-onna, a ghostly female figure who inhabits snowy regions. The set design for this story in the film is filled with haunting images of the woman’s eyes looking out from the snowy sky. Sarah Doyle has created snowflakes (or Sarah Doyle Doylies) inspired by these haunting set designs that incorporate this image
Sarah Doyle’s work explores the construction of identity through visual culture and has developed a practice looking at the emulation of icons and obsessions. She is an interdisplinary artist working a variety of media including, painting, drawing, animation, etchings, etc. She has shown her art internationally in Japan, America and Germany and has collaborated with Elle magazine, Transition Gallery, Tatty Devine, Surface 2 Air, Arty Magazine. Her animation work was shown at the Whitechapel Gallery as part of the Late Nights Programme and she was the winner of the New Artist Category at The Elle Style Awards. Sarah studied Art at Manchester Metropolitan University and Central Saint Martins College of Art London.
Sarah Doyle’s Blog

Charlotte Squire, “Betwix and Between”, installation, 2014 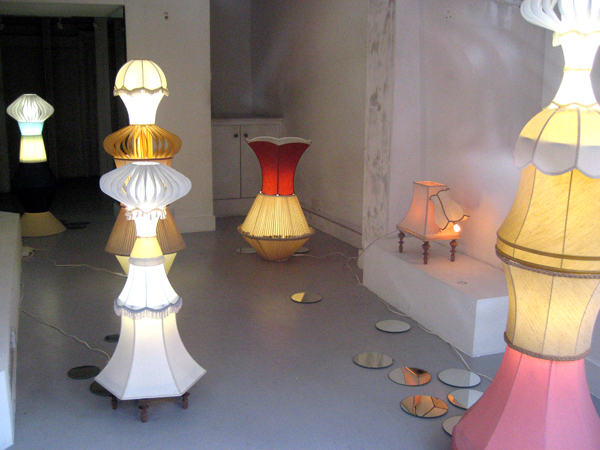 Interior and exterior collide in these dark wooden spaces. Light shines to without, reflection peers inward. Wires tangle like roots.
A couple stand together, odd presences that have an otherness, they seem to be keeping each other company against the world at large.

‘Giant Killer’, an illuminated sign with slowly pulsing fairy lights, hangs over a doorway spelling out the artists maxim ‘NEVER AFRAID’ a phrase that crops up repeatedly in the artist’s work. It is both an invitation and a challenge to cross the threshold.
Sarah Sparkes is an artist, curator and lecturer primarily concerned with concepts of immateriality and how this might be visualised through contemporary art. Her work often interrogates the presence of magic in the domestic and everyday, both as supernatural force and as legerdemain and is an investigation into the belief systems and material symbols we adopt to mediate with the unknowable. Recent exhibitions include: Theatrical Dynamics at Torrance Art Museum, Los Angeles; The Infinity Show at NN Contemporary, Northampton, and Uncanny Landscapes at the Centre for Creative Collaboration, London. Between 2009 – 2012 she was a research fellow at the School of Advanced study, University of London where she was commissioned to create a public art work at Senate House in response to The Harry Price Library of Magical Literature. She runs the visual arts and cross-disciplinary research project GHost, which explores how ghosts are manifested in visual art and contemporary culture. Her chapter on GHost has been published in The Ashgate Research Companion to Paranormal Cultures and is available (2014). She is founder of The Chutney Preserves, performance collective who appeared at Supernormal 2013. She lectures widely on her own practise, the GHost project and Harry Price. She is an Associate Lecturer for the University of the Arts, lecturing in Independent Curating and Painting.
www.sarahsparkes.com